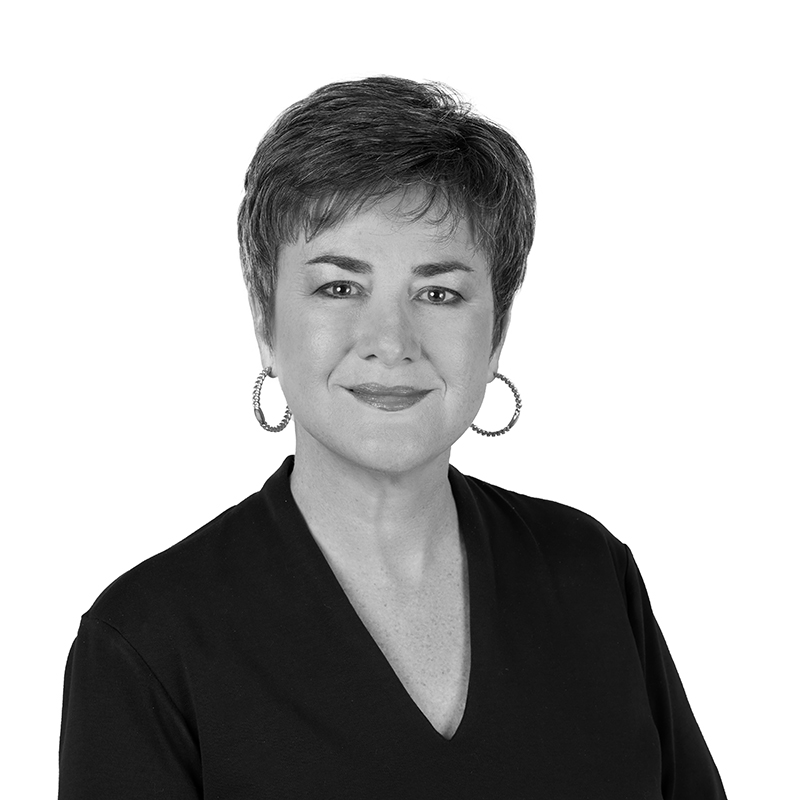 Janet Chihocky is the Founder and CEO of JANSON and a popular speaker on a variety of business and communications topics, including the need for facilities modernization and workplace transformation, advancing your brand for strategic growth, leadership, and how to flourish in business in times of adversity.

She began her career as a communications manager at Orbital Sciences Corporation, a company at the forefront of the commercial space industry. Janet quickly moved up the ranks to manager of corporate communications. In this capacity she oversaw the fast-growing company’s marketing communications as well as its advertising program and budget, and global tradeshow program. In addition, she managed and executed the marketing communications activities in support of several high-profile space launch events, including at Wallops Island, Vandenberg Air Force Base, Kennedy Space Center and others.

When she was 28 years old, Janet co-founded: JANSON. Initially, the firm specialized in providing niche marketing communication services to commercial aerospace firms such as Space Systems Loral but soon evolved to also provide strategic communications and branding services to larger companies within both the commercial aerospace and defense markets, among them such major industry players as Allied Signal, Honeywell, DRS Technologies, and HDT. Janet would later lead the corporate brand evolution for a number of large corporations as they navigated a pervasive mergers and acquisition trend across the industry.

In recent years, as Janet proactively recognized new societal shifts in staffing and workplace demands, she began broadening JANSON’s focus to include facilities modernization and workplace transformation and digital and virtual solutions along with the firms’ core line of business – advancing their strategic communications and public relations expertise. To this day, JANSON is known for driving its commitment to innovation and service excellence.

Janet serves as senior client relationship manager to industry executives and military leaders as well as federal civilian leaders and is a sought-after speaker. Among the organizations she has addressed are the Army Small Business Conference, the ATL Airport Chamber (TAAC), a host of DoD conferences and training programs as well as the Fellowship of Companies for Christ International (FCCI). Janet also holds the distinction of being one of a few select business leaders invited to teach a military commander’s course for the Institute for Defense Business on the campus of the University of North Carolina-Chapel Hill.

Janet holds a bachelor’s degree in business and marketing from Strayer University and has enhanced and continually updated her leadership skills by pursuing post-graduate education, including through a multi-year, one-on-one mentorship with a management and organizational development coach and an intense six-month Executive Development Program with Cornell University.

Janet’s main priorities are faith, her personal family, and her professional family.  She personally supports missionaries scattered around the world, including in South Africa, Kenya, Zambia, and Europe, as well as local charities devoted to wounded veterans, homeless families, and transitional housing. Janet resides in Northern Virginia.

It's time to tell your story.

Talk to our expert team